The launch of the praise and worship service was conducted by the first Director of Music, Sis. Brittany Stewart; with approximately one hundred in attendance. Pastor Best's sermon was "Are You Going to Do It or What?" and the scripture was on Matthew 14:18-23/NKJV. On this day, Sis. Judy Geyer became the first to join St. Matthew Baptist Church; and Sis. Alona James served as St. Matthew Baptist Church's first usher. Upon receiving the Right Hand of Fellowship, she was voted as the first President of the Pastor's Aide Ministry.

The "First Annual Thanksgiving Turkey Drive" of 2016, St. Matts fed 62 families and in 2017, this drive fed 78 families; this marked the beginning of the ministry's outreach initiative to the Bridgeport community.

As the ministry began to out grow it's forty person capacity ballroom at the Holiday Inn, in the late winter of 2015, St. Matthew Baptist Church began negotiating the purchase of Holy Rosary Parish from the Bridgeport Roman Catholic Diocese. As the contract was close to expiring with the Holiday Inn, a vote was taken not to renew the contract but to resume services once the negotiations with the Bridgeport Roman Catholic Diocese is completed. Unfortuantely, the negoationals with the Roman Catholic Diocese was poorly negotiated and led to a great deal of miscommunication, mistrust, tedious, and frastration. After a long twenty-six months of tumultuous negotiations, St. Matts walked away and became a church without walls; holding worship service at any place available to the ministry. The congregation numbers slumped but that did not stop the ministry from doing what God had in plan!

In the spring of 2017, St. Matts partnered with the University of Bridgeport to host a religious tolerance symposium. This symposium's panelists was: Father Reginald Norman, Pastor of Our Lady of Fatima Church in Wilton; Rev. Dr. Lindsay Curtis, Pastor of Grace Baptist Church of Norwalk and President of the Connecticut State Missionary Baptist Convention; Mr. Ahmed Ebrahim, President of the Bridgeport Islamic Community Center; and Rabbi Michael Farbman, Rabbi of temple Emanuel; with the facilitator as Rev. Cass Shaw, President and CEO of The Council of Church of Greater Bridgeport. The syposium was attended by nearly 115 participants.

Once again, in the Spring of 2018, St. Matts partnered with Bridgeport Hospital for a health symposium on mental health. This evant was hosted by Warren Harding High School.

He said to them, “But who do you say that I am?” Simon Peter answered and said, “You are the Christ, the Son of the living God.” Jesus answered and said to him, “Blessed are you, Simon Bar-Jonah, for flesh and blood has not revealed this to you, but My Father who is in heaven. And I also say to you that you are Peter, and on this rock I will build My church, and the gates of Hades shall not prevail against it" (Matthew 16:15-18/NKJV). 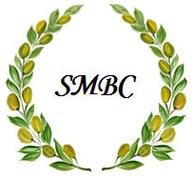